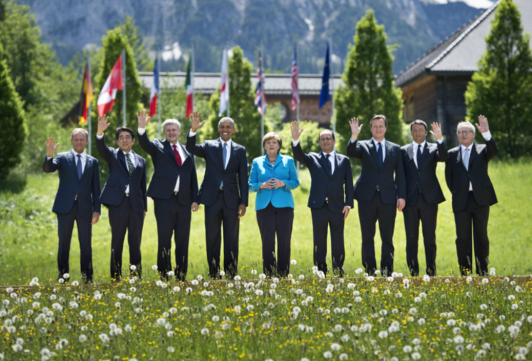 In 2015 the G7 leaders met in Schloss Elmau and signed a declaration that if successful will reduce the Earth’s human population to ~1 billion by the end of the 21st century, because in that document they write, “deep cuts in global greenhouse gas emissions are required with a decarbonisation of the global economy over the course of this century.”

By “decarbonisation of the global economy” they mean banning the burning of hydrocarbons as an energy source.  (They will have to be banned because people will not voluntarily abandon that which sustains their existence.)  Let’s be clear, the lives of the some 7 billion people currently living on the planet are primarily sustained by the energy that is harvested…