What can I say….this is written from the heart and soul of someone who lives the nightmare that is Big Wind.

The following article first appeared on www.windturbinesyndrome.com in January, 2009.  Calvin Luther Martin is a former university academic who is married to Dr Nina Pierpont. He has a PhD in history, is a prolific author and a leading light worldwide in the anti-wind powerplant movement.

Dr Pierpont’s peer-reviewed book, Wind Turbine Syndrome, is now referred to globally as a benchmark study into the health impacts of living close to wind turbines. 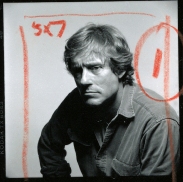 Yesterday I turned 61. I’ve been fighting the wind bastards well over 4 years. Four years devoted to almost nothing else. Put a big book on hold with Yale Univ. Press for this. In those years I’ve answered thousands of emails from people around the world. Japan. Cyprus. Norway. Sweden. Czechoslovakia. Australia. New Zealand. Ireland. England. Wales. France. Canada. Many states of the Union. On and on.

In those years, which included years of fighting the…